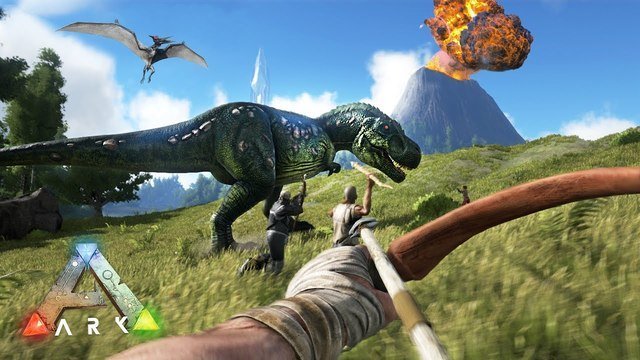 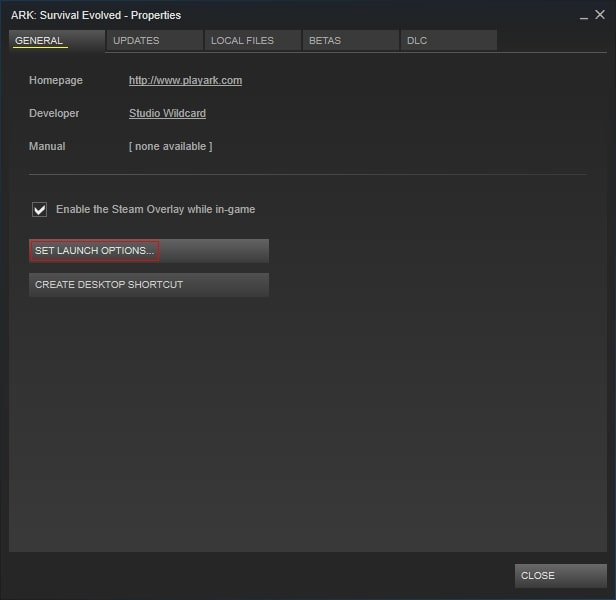 4. Copy and paste the below command

Hopefully, now you will get a better performance in Ark Survival Evolved.

Now, let’s go through what each of the options does:

This enables the use of all the CPU cores in the game so that you can have a better performance in gaming. Make sure you are not using other applications in the background so that all the cores can be properly utilized.

Note: Some users had a stuttering issue when using this setting rarely happens but still does happen. If it’s happening to you remove this option.

This simplifies the sky and removes extra elements. It can boost your FPS with almost to cost to graphics. You can see the sun and moon but the stars are removed. This helps boost FPS and is quite useful for low-end systems.

Launches the Ark Survival evolved in high priority mode instead of normal mode. You can also do this manually using the task manager.

This disables Vsync in-game. You can do it via the game settings as well. Vsync adds input lag in games and its recommend that you turn it off in online games.

There are two more options that work well on old graphics cards but not on the latest graphics cards. You can try them as well as they are known to boost performance.

Sm4 stands for Shader model 4. It forces the game to use Shader Model 4 instead of the usual Shader Model 5 which slightly lowers the graphics but boosts performance and FPS. This works well on old graphics cards that support DirectX 10.  The game looks almost the same and you won’t notice much difference. It’s a great way to boost fps in ark. This does not work with DirectX 11.

As the name suggests it forces the game to use DX10 instead of DX11. This is known to help systems with older graphics cards as they were more optimized for DirectX 10. You can use it with -sm4 as it can help boost performance greatly.

If you want to use the above two options then the steam launch settings for ark survival evolved will look like this:

Save these steam settings and run the game. Hopefully, now you will have even better FPS in-game. I personally got a boost of 30FPS using these settings. If you know more ways to fix lag and boost fps in ark survival evolved let us know in the comment section below. You can also use the PC optimization guide to boost FPS in gaming. You can also refer to the main graphics settings guide for ark survival evolved.

I hope this guide has been informative for you and I thank you for reading. Happy Gaming. 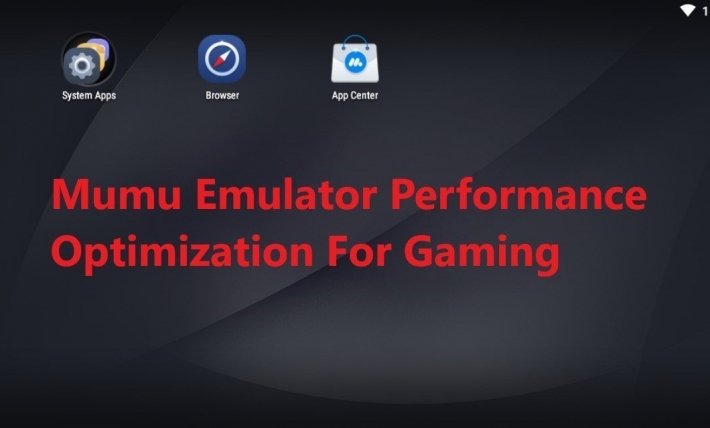 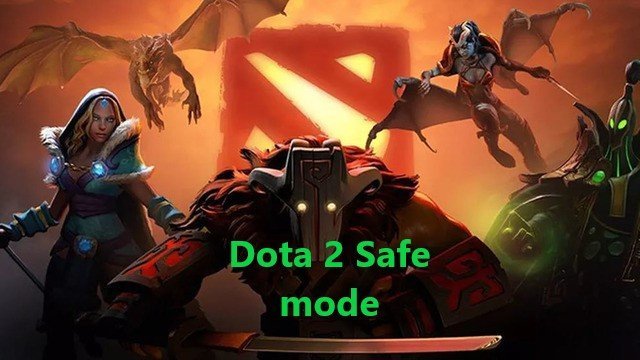