StandOff 2 Review: Is it The CS: GO of the Mobile world?

CS: GO is steam’s leading game since the time of its launch. With its amazing graphics and gameplay. It has become the favourite of almost every PC Gamer. Unfortunately, there was no mobile version for CS: GO until now. Although not official. Standoff 2 is the closest to CS: GO then any other game. Even the game modes are modelled after CS: GO. So is it really as good as the CS: GO we know? Let’s find out:

Standoff 2 is a free to play game available for both android and IOS. The amazing graphics are absolutely free, and anyone can enjoy the game. You can download the games from below:

What we loved in StandOff 2:

The graphics are too good for a mobile game. You will find that the game looks much similar to a PC game, especially in max settings. If you are playing on a tablet with very high resolution, then the gameplay is too good. And guess what the graphics are soon to be updated to look even more realistic. According to their developer blog.

There is no shortage of great skins in the game. There are literally way too many skins just like CS: GO. No wonder it is called the mobile of CS: GO. Check out the below skins. These are just the most common ones. There are many more:

The main reason this game is called the Mobile version of CS: GO is the multiplayer matches. There are great maps for multiplayer games that make you want to play the game non-stop. The game is too much fun to play with friends.

Similar to CS: GO, this game has multiple modes, as shown below. I’m sure the names look familiar because they have been greatly influenced by Counter-Strike Global Offensive.

Now if you thought you could not make money by gaming, you are so wrong. The market place is where you can sell your in-game skins to the highest bidders. The prices of some of the skins are absurd. I suggest you check them out yourself. And as usual, the karambit skin is the top of the list.

Standoff 2 has a ranking system that rewards you for great games. You can rank up the leader board and become one of the top players. You get plenty of skins every time you rank up along with many other benefits as well as fame.

If you wanted to play custom matches in standoff 2, then you can. There is a dedicated section for making custom lobbies and playing with friends. What else you need in a free to play mobile game?

There is a clan system for those gamers you love making clans and levelling up. You also have plenty of advantages in the clan. The most important being you now have plenty of people to play the game with.

If you have the money to spend you can buy the crates to make sure you stand out with amazing skins. Crates are expensive though so be sure when buying.

One thing we noticed was on certain servers there are high pings. Mostly Asian servers. But there are occasional lag issues. Luckily for us, the developer team has promised to fix this by the end of the year. And let’s hope they do it soon.

With every great game, there are always hackers looking for easy targets. Thankfully there is a ban system to those people trying to hack. Still, when you reach higher levels, you start seeing an occasional hacker. The developer team is working on a new and improved anti-cheating system that will be completed soon. Hopefully, it will fix the hacker issue.

Now, this might sound like we’re greedy, but yes we need more amazing maps for Standoff 2. Its a great game and it has plenty of maps. But we really wish to see all the maps from the Counterstrike series or maps at least similar to those.

We can easily manage another 2GB storage for a great game. Just make sure the maps are great and remind us of CS: GO. That was it for our standoff 2 review and why we think its the mobile version of CS: GO.

Must read: Best settings to Fix lag in Standoff 2

That’s all folks I hope you liked the Standoff 2 review from Noobs2pro. If you have any questions, do tell us in the comment section below. Hopefully, we will have better graphics and more maps for standoff 2 in the future. At least I sure am looking forward to it. Do share and subscribe to the notifications to get daily updates.

Elder Scrolls Blades Review : The RPG That may Change Everything 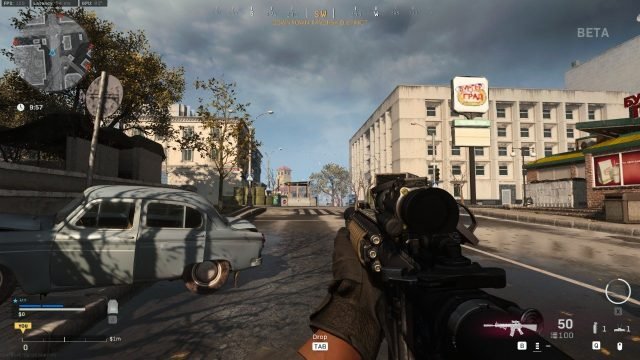 Call of Duty Warzone Review: Will it Crush Pubg and Fortnite?