The New World is the talk of the town with vibrant players digging out the potential embedded inside the game. In New World, players will be able to explore an unknown fictional island called Aeternum and it is home to savage wildlife, mythical creatures, and fellow settlers. The New World game is dishing out endless opportunities to fight, forage, and forge present in the island’s wilderness and ruins. Out of all MMOs, New World provides venues to channel supernatural forces or wield deadly weapons in a classless, and real-time combat system.

Since Aeternum has been the source of fantastical legends, you’ll discover beauty, danger, and opportunity at every turn, and is been graced with top Streamers. These players are aspiring gamers and entertainers and they are established ones having attracted millions of fans. The players are exploring a thrilling, open-world MMO filled with danger and opportunity where you’ll forge a new destiny for yourself as an adventurer, or shipwrecked on the island of Aeternum.

Thomas Chance Morris popularly referred to as Sodapoppin is a 23-year-old Texan, who has been streaming for about eight years. He is one of the top 20 streamers playing New World having found on Twitch about 6 years ago. He started his website called Xfire and focuses on playing a variety of games, jumping to a new game almost every day.

Being one of the top 20 streamers, TimTheTatman’s real name is Timothy John Betar. He is from the United States and a full-time streamer who plays a variety of games, with World of Warcraft and Counterstrike 1.6 being his favorite.

Marcus Hill, better known in gaming circles as Dyrus has pitched his tent streaming New World games. He is a spectacular Hawaiian-born player who lives streams on Twitch with a reputation for being one of the biggest raggers in professional gaming. Despite retiring from professional tournament gaming in 2015, he remains part of his team, Team SoloMid, as a streamer.

A professional player called Castro_1021 has enjoyed enviable support on Twitch. He is best known on Twitch for his match streaming and is all out to enjoy the game of New World.

Jaryd Lazar, popularly known with the stage name summit1g, is a professional full-time streamer on Twitch recognized for deriving fun in shooters games. He is a 28-year-old from Colorado, USA, and became the most followed gamer on Twitch in 2018.

The Riot Games was established by Brandon “Ryze” Beck and Marc “Tryndamere” Merrill in 2006 and they Livestream League of Legend tournaments on Twitch. They are among the top 20 streamers preparing to partake in the game of New World.

Tom Cassell (Syndicate) is famous on both Twitch and he has the third most popular Twitch channel to his name. He is one of the top 20 streamers that holds the record for being the first person to receive 1 million followers on Twitch in August 2014. He is one of the streamers to look out on Twitch sticking with the New World.

Michael Grzesiek, is referred to as Shroud online, and is considered to be one of the most well-known players on the scene and entertaining to watch in action. He boasts of large fan base on Twitch with an average of 25,000 viewers for his streams.

ESL is recognized to be giant streaming continuously on Twitch, either live streaming games or rerunning games when there aren’t new ones in progress. They are one of the streamers to look out for in the game of New World.

Imaqtpie, or popularly known as Michael Santana is a type of guy who spends his nights streaming on Twitch. He was a full-time player, and despite being 25-year-old, he is the current champion of the flippers360 LAN tournament. He is one of the top 20 streamers with an average of about 9 hours of live streaming gameplay per day, six days per week.

Rabia Yazbek is a 23-year-old from Michigan, USA, and is better known as Nightblue3 to the gaming world. He is known for his informative uploads of in-depth guides, patch note reviews, highlights, spectates, and gameplay montages to his Youtube channel.

Bean Bandit, is a popular twitch streamer famous by the name LIRIK and has a viable presence across all of the main social channels, and has streamed on Twitch since 2011. He started streaming regularly a year later when DayZ was released.

Tyler “Ninja” Blevins is a professional Twitch streamer that often plays (and live streams) for up to 80 hours a week. He is one of the fans’ favorite because he interacts with viewers while he plays and streams games on his Twitch channel five days per week.

DrDisrespect is one of Twitch’s most respected players that is also a self-described “international video game superstar.” He is one of the players that set a significant Twitch record recently with concurrent viewers – 388,000 people simultaneously watched his return stream.

The ELEAGUE is a professional online game streaming channel that takes pride in live streaming on Twitch. They boast of players that will grace the game of New World.

The Loltyler1 is one of the leading Twitch streamers, known as Tyler Steinkamp offline. He has gained fame for his live League of Legends broadcasts. He is one of the streamers that a very successful YouTube channel with more than 1 million subscribers, even at age 22, and plays full time, often spending 40 hours per week on Twitch.

Søren Tsm Bjergsen Bjerg is a 22-year-old streamer that has been playing professionally since the 2013 season (although he could only enter that tournament partway through when he turned the minimum age of 17). He is one of the top streamers that will take the New World challenge.

Josh Beaver, popular by the name JoshOG plays a variety of games. He is one of the top streamers that at any particular time he streams, he will usually have between 5,000 and 13,000 active viewers.

James Vargas, also known as PhantomL0rd, streamed a variety of games on his Twitch channel. He’s one of the top 20 streamers who’s interested in streaming the New World game. He’s reputable for being a player that has nearly 1.4 million followers and 88.5 million views on Twitch.

He’s a 23-year-old Canadian Twitch player. Gosu enjoys good support from fans too and is a player to reckon with when it comes to streamers that will take New World to their channels.

These are the top 20 Streamers Playing New World Right Now.
The New World is presently in Closed Beta and the competition is heating up, which makes top Streamers from around the globe vow for it. The Streamers are competing to earn points and to constantly battling to stay at the top of the leaderboard. 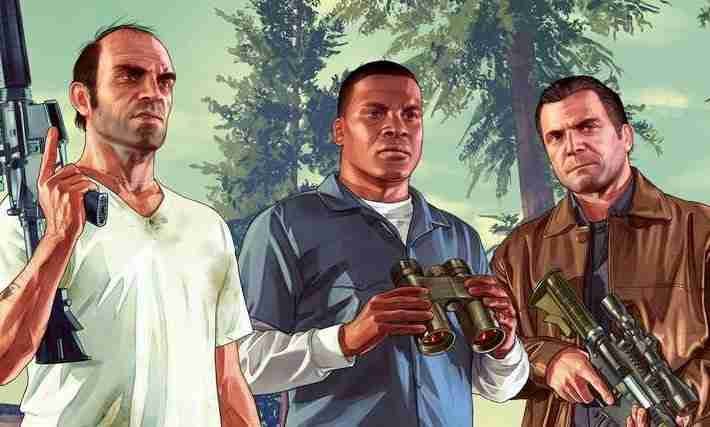